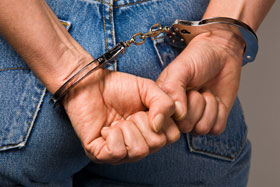 Sex offenses, especially those involving children, are the most hated of criminal offenses. The accused are often assumed to be guilty.  All that is required to be charged today is a finger point.  The testimony of one witness is enough evidence to convict someone.  Once an allegation is made, the police operate under the assumption that the allegations are true.  It has become all too easy to accuse someone of a sex offense.  All an accuser needs is a finger and someone to which it can be point.  Police do not care. Prosecutors seem to care even less.  The presumption of innocence plays almost no role in our court system when it comes to sex crimes.  There is a huge stigma that is attached to a sex offender.  A conviction for a sex offense can mean that your name and address, along with your picture will be posted on the internet for all to see.  Depending on the sort of sex offense an accused may end up putting forced to submit this information to the Connecticut Sex Offender Registry for life.  Every three months a convicted offender will be obligated to let the Department of Public Safety know where they live.  If an offender fails to file on time every three months, or if the department for some reason even claims that they did not get the information the offender will be charged with yet another crime.  Sometimes prosecutors unknowingly rely on false statements and testimony.  Once the allegations are made, the damage is done.  Even if an accused is found not guilty.

The worst of being a sex offender is not the jail time.  The worst of it is being on probation.  There are countless conditions that probation will impose.  Probation will dictate where a person can live, where they can shop, who they can visit, where they can work, and it goes on and on and on.  There is not other criminal conviction that can create such havoc on a person’s life.

Not all allegations of a sexual nature are true.  These allegations are the easiest to make, and the most difficult to defend.  When an accused is faced with the prospect of a long prison sentence and a lifetime of registration and monitoring you cannot afford to plead guilty.  You need a sex Connecticut criminal defense lawyer who is willing to fight as hard as it takes to make the state prove their case beyond a reasonable doubt.  The government will not help you.  Your only ally is a lawyer who believes in your case.

Confronted with the prospect of a lengthy prison sentence and a lifetime of monitoring and registration, you cannot afford to plead guilty. You need a sex crimes defense lawyer who is willing to fight for you and who can poke holes in the prosecution’s case.

At the Bojka Law Offices, we have obtained dismissals and not guilty verdicts in a variety of sex offense cases. Although no attorney can guarantee results, we fight vigorously to make sure the prosecution does not take liberties with evidence, testimony, or witnesses. If the state has accused you of a sex offense we make them prove the case.

Do not be pressured to into pleading guilty right away.  Allow a lawyer to look over your case first.  Call our office for a fee consultation.

At the Bojka Law Offices, we have defended countless individuals in drug related matters. Experience is crucial in defending someone accused of a drug offense. We are an experienced law office who know how to defend the simplest and most complicated drug cases.

If you have been arrested on a drug related offense you should hire an experienced Connecticut Criminal Defense Attorney who knows the local practice of the prosecutors. Depending on your situation you may be charged with a number of different charges including:

Call us today to talk to an experienced sex crimes defense lawyer who is willing to fight for you.

We have a history of obtaining dismissals and not guilty verdicts in a variety of sex offense cases. You can count on us to vigorously fight for you to make the prosecution have to prove the case. Avoid being pressured into pleading guilty right away. Always contact a lawyer to review your case first

Call the Bojka law offices as soon as possible if you have been, or may be charged with any criminal offense, including those listed above and below: